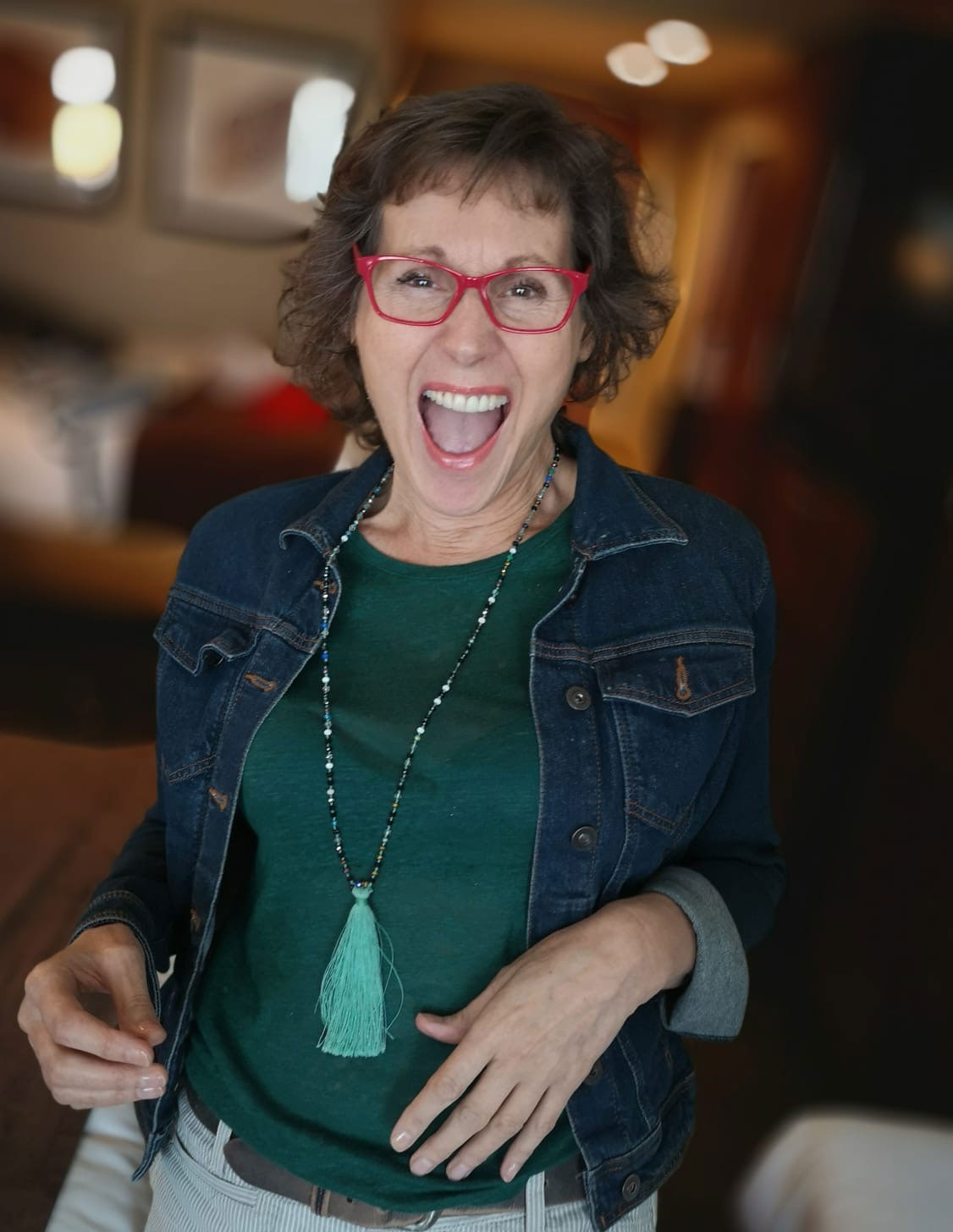 Julie has worked as an Actor for over 40 years now. Her work includes touring theatres, working at London’s National Theatre, BBC Schools Radio, being the voice of Ikea and voicing characters for a CBBC animation, Funky Fables. When her daughter came along she wanted to work nearer home, so she switched to doing Improvisation and Role-play.

Knowing it was smart to have several sources of revenue, Julie trained as a Hypnotherapist, Life Coach and EFT Practitioner and worked with clients from home too.

Then, as she was approaching 60, her husband unexpectedly asked her for a divorce. Now Julie needed even more money!!

It was important that whatever else she added in was flexible and that, over time, it would enable her to create a pension.

A friend introduced her to Arbonne (a company over 42 years old) in the Network Marketing industry. Julie knew nothing about health & wellness, or the industry, and never, EVER, thought she would add in another business, but after doing her research it seemed a ‘no brainer’. After all, she was already washing, using make up and taking nutrition, so she thought might as well switch her brand to Arbonne, buy from herself and share that concept with others, who were looking for a ‘vehicle’ to realise their dreams too.

Julie had to get out of her ‘comfort zone’ and learn some new skills, but in the process of doing that, she began to grow as a person and be proud of herself. Apart from having her daughter Katie, she believes Arbonne is one of the best decisions she’s ever made.